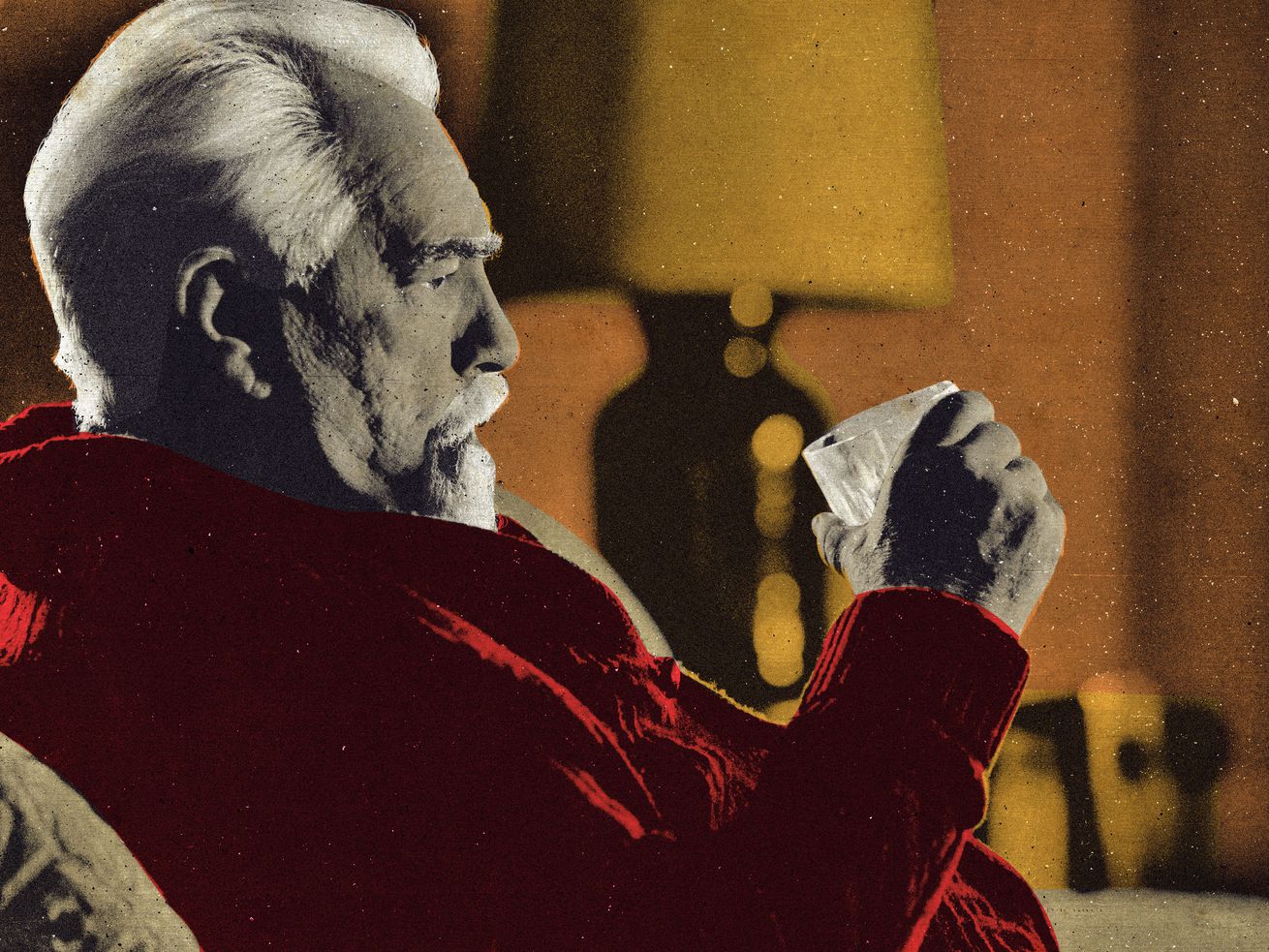 Now that the Pierce merger has gone south, our staffers have some suggestions for how the Roy patriarch can keep control of his company

With his attempted acquisition of PGM in the rearview mirror and Sandy and Stewy’s bear hug growing tighter and tighter, it’s increasingly necessary for Logan Roy to make a move to preserve his autonomy. But what is there for him to do? His kids are incompetent and desperate, and there doesn’t seem to be much time for another moonshot. Our staffers have some ideas.

Katie Baker: I’m worried that Logan is going to come down even harder than he already has on poor broken Kendall, perhaps by deploying him to dig up some vengeful dirt on the Pierce fam that can be used to sully their lovely image. The world already knows about Naomi’s checkered, femur-breaking past, thanks to the work of the Roy family’s tabloids. But what kind of secrets is prim Marnie hiding under that cashmere cape? What bodies are buried under that lil corner of the Tern Haven sky? Maybe Nan has been involved in a Martha Stewart–esque insider trading scandal as juicy as the roast she did not make. Sure, it might be risky dispatching Kendall to, like, ply Naomi with substances and grill her for info—if there is any heavy machinery around to operate and crash, he’ll surely use it—but Logan is desperate and, worse, pissed, which may drive him to count on his number one boy.

Get an Investment From Another Ethically Questionable Source

Dan Devine: After seemingly bagging his white whale following an eventful stay at Tern Haven, Logan Roy raised a glass in celebration and delivered a two-word toast: “Money wins.” Except, thanks to a New York magazine cover story revealing of the contents of Chekhov’s death pit, this time it didn’t. The result: a harried Logan screaming after Nan Pierce’s car as it disappeared into the night at Argestes—taking with it, perhaps, Waystar’s best chance of staving off acquisition by a venomous Stewy and an allegedly syphilitic Sandy.

One loss doesn’t change the all-time record, though; money’s still got more than enough Ws under its belt for a plaque in Cooperstown. And since Logan’s not about to just hand over the keys to his castle—the teaser for Episode 7 includes him saying, “I’ve never run away from anything in my life”—maybe he’ll double down on his initial strategy, by trying to fill his coffers with enough coin to keep Waystar afloat in a roiling shitstorm. (OK: maybe not the right time for nautical analogies.)

Gerri found just such a source of scratch in the person of Eduard, the coked-up young Argestes attendee with the shoes potentially “made of human rights activists” and a “hose attached to the central bank” of Azerbaijan. After some cajoling by his mole-woman maternal mistress, Roman shared a bump-fueled bathroom business meeting with Eduard, who’s not champing at the bit for a deal, but did seem pretty open to the idea of the Roys launching a channel covering what our man Wambsgans might call “the many news” of Eduard’s corner of the world with “a positive agenda ... 100 percent independent, but from our point of view.”

Roman wondered whether there’s an argument for ATN’s adopting an “ethical position of ‘fuck it’” for the sake of Eduard’s investment, to which Gerri replied, “Depends on the numbers.” With Waystar’s own numbers looking awfully dicey right now, what’s a little propagandistic spinning to a news operation that already delivers reports like “Gender fluid illegals may be entering the country ‘twice,’” “Is ‘sweetcheeks’ hate speech now?” and “Children should not be vaccinated, says doctor”? Especially if the payoff could be astronomical enough to successfully HGH up the family business to a size that’ll choke Sandy and Stewy like a heaping helping of ol’ Nan’s horse potatoes?

Roman might not be in the mood to offer that sort of lifeline to the monster who just knocked out his tooth for laughing; then again, it wouldn’t be shocking to see a cowed child go the extra mile in hopes of earning the ever-elusive approval of an abusive parent. If he does, expect Logan to act on the tip. When you’re a hammer, every problem looks like a nail, and when you believe money wins, your answer to losing is probably going to be to go get more of it.

Ask Marcia for Some Goddamn Advice

Miles Surrey: As incredible as Succession’s second season has been—and incredible doesn’t nearly explain how exhilarated I felt watching “Boar on the Floor”—if there’s one character who’s been given the short shrift amid all the Roy-related high jinks, it’s gotta be Marcia. She spent most of last season by her husband’s side, helping Logan recover from his brain hemorrhage. But whether Marcia’s behavior was done entirely out of the kindness of her heart or with some ulterior motives in mind is probably the closest thing Succession has to an enduring mystery—especially since Shiv’s attempt at a background check on her mother-in-law completely backfired. (No disrespect, Marcia, but everyone on this show has an agenda, and we’re just trying to figure out yours.)

But all the Marcia intrigue has fallen to the wayside this season as she’s … gotten iced out by her husband? Now, getting sauced on red wine and shit-talking Logan at the Pierce dinner was—and I don’t say this lightly—iconic, but having Marcia do something a little more significant by the end of the season wouldn’t hurt. And if she and Logan can make amends for the Pierce fallout, he might consider taking some of her advice. Logan trusts Marcia enough that she’s part of his actual trust; plus, she knows Kendall’s dirty secret. Couples fight; what better way to reconcile than finding a way to crush your enemies? Let’s get Marcia back into the fold—at least, until she finally shows her hand.

Kate Knibbs: Logan is extremely fucked right now. His kids have proved themselves to be either untrustworthy (Kendall), blustery and incompetent under pressure (Shiv), or untrustworthy and blustery and incompetent under pressure (Roman). (Or they are Connor.) Logan is not the kind of guy to rely on an outsider, though, and so I suspect he’ll rely on the most level-headed person in his immediate circle: Marcia. She has expressed dissatisfaction at how Logan has sidelined her in recent episodes and hinted that she knows a lot more than she lets on. She also floats above the fray and has a shrouded but glamorous-seeming international background, perfect for engaging in some Wendi Murdoch–core business espionage and backroom dealmaking. If Logan knows what is good for him, he’ll realize his wife is his best asset right now.

Paolo Uggetti: In the past, there has been talk about the parallels between Billions and Succession. And while it’s true that there are similarities, primarily lots of money, they are two very different shows. Still, I think it’s time for Logan Roy to dig deep and pull out the Bobby Axelrod in him. Or the Chuck Rhoades in him, depending on what kind of maleficent maneuverer you prefer. He’s seemingly out of moves, backed up against the ropes and looking for a way out. This was Plan A, and it failed. What does Plan B look like? Frankly, I need it to involve something slightly illegal, the back room of a bodega, and a sleazy government official. It’s time to see Logan work without his incompetent children.

Disclosure: HBO is an initial investor in The Ringer.